Thirteen years ago this month, my husband and I met. I worked customer service as a temp, selling DSS satellite systems, and he was one of our first customers. He came in every month to pay the bill because he thought I was cute. Each month he lingered at the counter longer, and by March we were dating. Five weeks later we got engaged, and this December will mark twelve years married.

In the light of “Gosh, you hardly know each other!” commentary we received upon announcement of our engagement, I’m changing the gushy angle of “aw how sweet, I-love-him-so-much” stuff I could say, and going with this:

13 misconceptions my husband and I had about each other when we met (or, at least during the first year together):

1. He’s short. Up until him, I had always dated men 6’or taller. My dad is six feet tall, my brother and many men in my family are much taller. Hubby is about an inch and a quarter below Dad. Turns out he’s the perfect height for me—exactly four inches taller than I am.

2. Her name is Rhonda. The cash register had not been reprogrammed after I started, so when I logged in to the register each receipt printed the name "Rhonda" at the bottom. He kept the first receipt to remember me.

3. He works two jobs. Hubby’s manner of telling a tale is convoluted and not linear. Therefore, when he spoke of his current job and the one prior to that, I could not separate them on a recognizable time line, and gained the strange idea that he worked both jobs and went to college AND had time to date me. Silly girl.

4. He has money. Perhaps it was the way he spent money that allowed me to dream such a thing. We’re still dreaming. The upside is that I’ve been able to stay at home while we scrape by on his income. It could suck more—I might have to work nights or weekends or work to pay for daycare. Not with him! Also, his impeccable grooming and nice clothes, shiny gold ring (a man who will wear jewelry? I perked up at that, though it threw me until I realized it was NOT a wedding band) smelled like money. I still have one of the stripey, button-down shirts he used to wear then, and I wear it now as an overshirt.

5. She doesn’t like dogs. I was raised with cats. Talked about cats. Understood cats. Up until three years ago, I had never owned a dog. But I did like dogs. He's deathly allergic to cats.

6. She’s desperate. When he asked for my phone number, I handed it over with a flurry of addenda regarding my packed social schedule. I wanted him to know that if I wasn’t home when he called, it wasn’t because I didn’t care to talk to him. He thought that was cute; took the plunge and called me anyway.

7. He has small…hands. It isn’t such a bad thing having fingers the same length as his. His compact units are warm and strong, and good at massaging away any tension I have. We have no size issues. Get your mind out of the gutter.

8. Not that there’s anything wrong with interracial dating, but this comes from one of our early lunch dates. The installer I worked with for the satellite place (a big, huggable clown) entered the restaurant where we were carefully eating, showing our best manners, and said, “Glad to see she’s dating white guys again.” Hubby couldn’t stop laughing.

9. He’s confident. Oddly, not really. Turns out I’m the bold one, the self-assured one, the aggressor. Perhaps I mistook opinionated for confidence.

10. He’s sociable. Charming, yes. Very. Among the right people, he seems gregarious. But if he had his druthers, he’d hole up with his computer and never emerge from his cave. Rather than being a negative, I find that soothing—I’m a homebody, too. 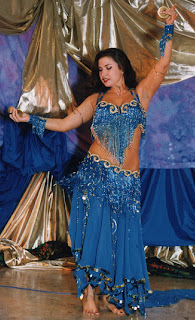 11. She dances to gain male attention. At the time we met, I was a belly dancer in the Corvallis Belly Dance Performance Guild, dancing onstage one night a week. Yes, we got the usual crowd of college boys expecting a hoochi-coochie show, but that wasn’t the draw of belly dancing for me at all. I enjoyed moving my body to the music and being applauded (by fellow dancers) for doing something well. Something artistic and graceful and sensual. I felt alive when I danced. Young as I was, I could not articulate that at the time. Hubby had a frat buddy from Saudi Arabia who convinced him belly dancing was all about arousing men and sex. Sigh. If I could find that man now, I'd beat him senseless. His prejudice forever ruined my joy. The photo, taken by Jeff Oberman, is of Aziza, one of the finest dancers I have ever met. (I couldn't find any digital pics of myself dancing, sorry. It was clear back in '95...)

12. He could give my hobbies a try. Nope. He did try to join in the role-playing games I played with my friends, but they had a nasty, geeky habit of excluding anyone new, and I was a particular favorite. Hubby came from the outside and stole me away. The geekhood did not like that. Tough noogies. I haven’t spoken to any of them in years.

13. The car tells you a lot about the man. Mere months before we met, he sold his new 1992 Camero for a used, beat-up ’89 Blazer. The payments were lower, allowing him to re-attend college. I thought the Blazer was hot. I’d never dated a guy with a 4WD, and he let me drive it—taught me how to four-wheel in mud and snow. IF—and this has been controversial our whole marriage—he had still driven the Camero, I would not have dated him. Men who drive shiny sports cars are compensating for something. No interest from me. NOW I know differently; that he loves a good V8. He’s already campaigning for a new Camero in 2009. I may let him have it, if we can take the car payments. See #3. 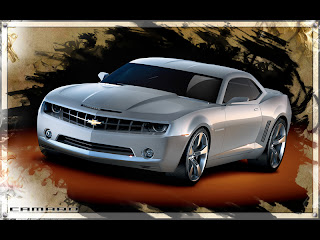 While there were a few things we didn't know, there are scads of things we guessed right about. So far, our haste has worked well.

What are things you remember thinking about your spouse that you now know are false?